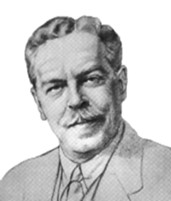 There are probably few if any Rotarians who have had a mainline railway steam engine named after them, particularly one which they designed themselves. Sir Nigel Gresley is certainly one. In 1921 when the Doncaster Rotary Club was chartered, Gresley was working as Locomotive Superintendent of the Great Northern Railway based in the town. A founder member of the club, he was elected as one of the first two Vice Presidents.

Two years later, the railways of Britain were re-organised into four main companies and the GNR became part of the new London and North Eastern Railway. Nigel Gresley was appointed Chief Mechanical Engineer of the new company and in that capacity had to move to London, relinquishing his membership of the Doncaster Club. However, he continued to maintain connections with Doncaster until his death in 1941 at the age of 67. Among the locomotives which he designed were, and indeed still are, ‘Flying Scotsman’, the steam engine record holder ‘Mallard’ and the streamlined pacific, the 100th to be built at Doncaster, which was called ‘Sir Nigel Gresley’ in his honour. 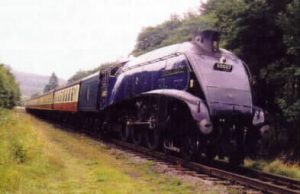