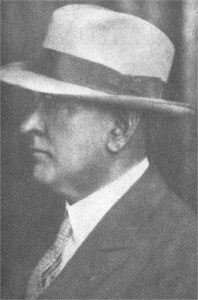 He was also responsible for founding clubs in what is now Java, Indonesia including Batavia now known as Jakarta, Bandoeng and Malang – nearly “Rotary Around the World,” as Paul Harris had dreamed. In memory of Jim Davidson, Paul Harris planted a Friendship Tree at Comely Bank, a blue spruce in Jim’s memory.

Learn about former, American born, RI VP Jim Davidson, from RC of Calgary who was asked in 1928 to “strengthen the slender chain of clubs between Europe and Japan.”

Lillian Dow Davidson writes of her husband’s heroic travels, in “Making New Friends” reviewed here and with an introduction by Paul P. Harris. Also her TR article about “India” is here.

Read a tribute by RIP Allen D. Albert 1915-16 A complete history of Davidson by one of RI’s early presidents.

An early Halifax Rotarian, Jim Ralston, was also commissioned by Rotary International, along with Davidson. Colonel Jim Layton Ralston became Canadian Minister of National Defense from 1926-1930 and again from 1940-1944. In between from 1939-1940 he was Minister of Finance.

In the seventies, The Rotarian published the last of a series of articles on the “First Men of Rotary” and called Davidson the Marco Polo of Rotary. 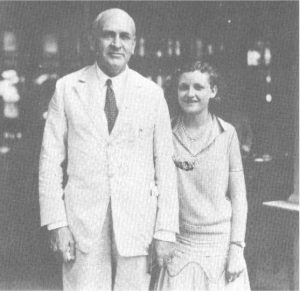 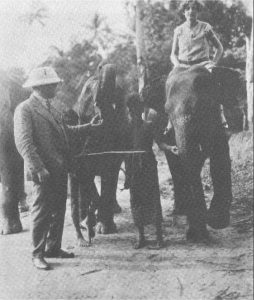 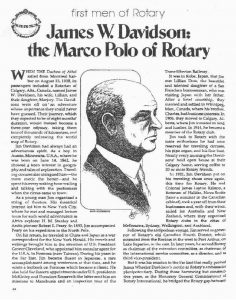 The information in the section of Rotary Global History comes from a book written by N. T. Joseph, Past President of the Rotary club of Cochin, India. The book was released in the late 1980’s and was provided by another of Calgary’s Five Rotary International Vice Presidents, Curly Galbraith. 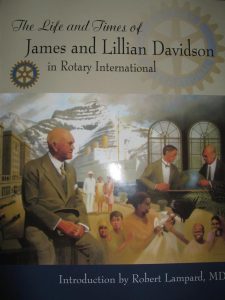 An exciting new biography of James Wheeler Davidson, the Marco Polio of Rotary, has just been published. The author of this new book is Dr. Robert Lampard of the Rotary Club of Red Deer, Alberta (D5370).

The book includes a reprint of Lillian Davidson’s “Making New Friends” which were first published in the Rotarian in the 1930’s. There are a number letters from Paul Harris and other early Rotary leaders to Davidson that were discovered during the research for the book. The book contains reprints of a variety of historic Rotary documents including hand written letters from Paul Harris and a variety of early articles from the Rotarian.

This book is the most substantial assessment on how Rotary became internationalized. The piece de resistance are seven never before published Paul Harris letters.

Davidson was a diplomat, author, polar explore and an outstanding Rotary. He spread Rotary around the world.