Rotary founder Paul P. Harris had a little-known romance before he met his future wife, Jean. Grace Irene Mann was from a prominent family in Florida, USA. Harris met her in 1905 on a visit to see his friend and former employer George C. Clark in Jacksonville.

Harris and Mann exchanged letters in which they shared affection, gossiped, and discussed their families, theology, and philosophy. He told her about searching for a meeting place for the Rotary Club of Chicago and offered details of the club’s constitution.

Irene Mann replied to his tales of Rotary with enthusiasm:

I take great interest in the Constitution and By laws of your Rotary Club because you have written them, I think you have covered everything in a concise and compact form, The By-laws are especially good.

According to the letters, the idea of marriage was broached in the fall of 1906, though Mann’s family ultimately discouraged her from settling down with Harris. 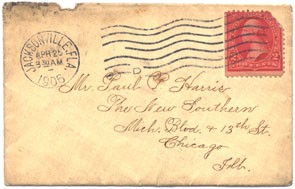 Their correspondence ended in May 1907. In his final letter to Mann, Harris wrote:

I certainly am interested in your future and I desire you to make a great girl of yourself and I am sure you will. You will be happy. Give my best to your Dalton friends. Yours very truly, Paul P. Harris.

Harris returned the letters he received from her, as was the custom. When Mann married John Murrell Bell in June 1910, she stored the correspondence in the attic of her sister May Mann Jennings. The letters remained there until the home was demolished in 1963, at which time they were given to Mann’s eldest daughter, Elizabeth. 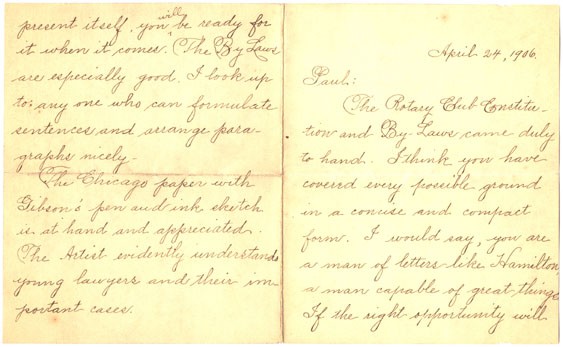 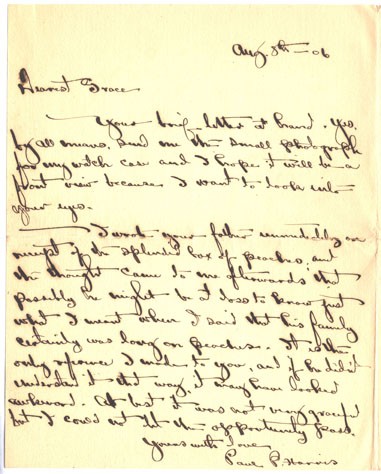