The Developers of Rotary

The early leaders of Rotary, including Rotarians highlighted in The Rotarian,
in the 1970’s, in articles titled “first men of Rotary.”

EXTENDING ROTARY ACROSS THE WORLD

When peace was declared in November 1918 at the end of the first World War, there were Rotary Clubs only in North America, Cuba and the British Isles. In the next few years there was interest shown in Rotary in several European cities and, often by British ex-patriates in parts of the British Empire, and in South America. Clubs had already been started in Manila and Shanghai in 1919 and Tokyo in 1920.  Johannesburg was in the process of formation when in 1921, the RI Extension Committee drew up a 3-part plan:-

To meet this interest and to help join up the far flung future clubs with mainstream Rotary, the Board appointed ‘Special Commissioners’ to deal with Extension. During the 1920s and 1930s, several of the people designated as ‘Commissioners for Extension’ were also Vice Presidents, although it is not clear which post came first. Jim Davidson for example was VP in 1926/27 Eduardo Moore 1928/29; Willem de Cock Buning 1930/31, and 1931/2, (Director); Frederick James 1933/4 (Director); Paul Thorwall 1934/5; Armando Pereira 1937/8.

Some of the ‘developers’ were given alternative titles, ‘Ambassadors’ or ‘Representatives’. Some merely received authority for the work they were asked to do. One such was past President of RI ArchKlumph.

Although not called a ‘Commissioner’, Klumph was appointed and agreed to organize the Rotary Club of Mexico City which he did in April 1921. The committee also agreed to send two Canadians, Colonel J. L. Ralston of Halifax and James Davidson of Calgary to Australia and New Zealand.in 1921 They were to be given expenses but neither pay nor compensation for this work.

The committee also acknowledged the work of Angel Cuesta of Tampa in organizing the Madrid RC; of John Bain Taylor of London in Paris, of Kisanji Fukushima in Tokyo,and of Herbert Coates in South America. RGHF Senior Historian and History Co-Chair Basil Lewis, UK, 24 August 2008.

There are several other Rotarians who were given posts as ‘Special Commissioners’. The names above do not form a complete list and below we show others who are believed to have held official posts in the IARC or RI. This is still incomplete and the names of others would be welcome.

Federico P. Pezet, served in the Diplomatic Service in Lima, Peru. His posts included Peruvian Minister in Panama and from 1920-1923 Ambassador to the USA. He was appointed as an Honorary Commissioner for Central and South America from April 1919 to July 1919, and he was largely responsible for the Panama City Club.

All the above ‘developers’ were working before 1939. However, several people had similar responsibilities in reviving and spreading the ideas and ideals of Rotary after the war, For example French PDG Leon Laugel of D1680 continued to be involved in spreading Rotary for 3 more years after his term of office. He was given the title of ‘Administrateur Presidentiel du Rotary International en Ukraine’. The first two clubs, Kiev and Lviv were established in 1992 and this has increased to 40 clubs in 2008/9. Another more recent ‘developer’ was Danish PDG Carsten Leth who worked on revival and expansion in Lithuania and was given a similar title to that of PDG Laugel. 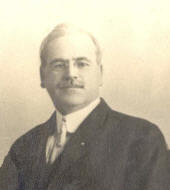 Harry Ruggles, Chicago: * He taught Rotary to sing 1905 “How a song saved Rotary”

Frank Collins, Portland: He gave us “Service Above Self” 1911

E. L. Skeel, a co-founder of Rotary #4, Seattle & formed many other US and Canadian Clubs. 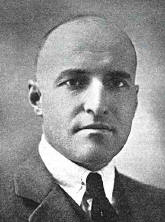 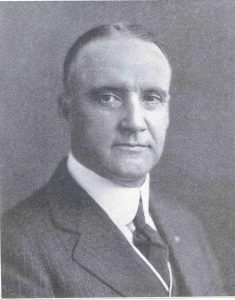 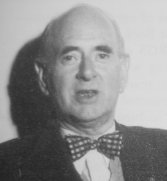 Robert James Shalders, Worked with Roth and Coates to develop Rotary in Brazil