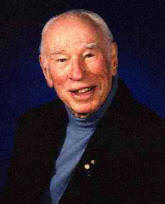 ​Garth Stephens,* Fire & General Insurance Management, RC of Birkenhead, District 9910, New Zealand,
Past President of Whangarei North Club 1975/1976,
National Coordinator for New Zealand PolioPlus Campaign 1987/88,
District 9910 Editor 1991/1998, District 9910 Secretary of J. R. McKenzie Youth Education Fund 1992/2000.
Coordinator for New Zealand. Garth was the first member of our team to complete a section of this project by finishing the New Zealand histories in August of 2002.
He was then voted a member of the 1905 Coin Society by the Executive Committee of Rotary’s Global History Project.
*18 May 1923 – 16 January 2003

“As with all organisations, it is important for Rotary to have ready access to its history from which may be gained a proper understanding of past achievements and the inspiration to pursue a purposeful course into an ever-changing future” Garth Stephens