During their 1935 trip to Australia, Paul and Jean Harris
were on their way to visit the Koala Park, and had this experience. 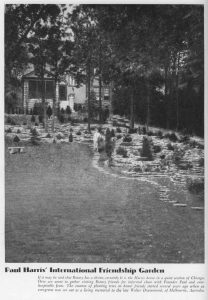 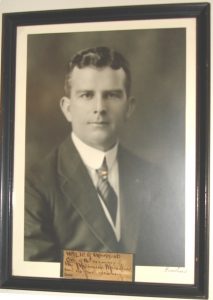 The first tree in Paul Harris’ “Friendship Garden” was in honor of the late Walter Drummond, second secretary of Melbourne.

“..Many good will trees have been planted by Rotarians, including myself, in other cities in other countries, and many more doubtless will be planted, but the first of them all was Walter’s tree.” Paul P. Harris.

See the story of the “next” first tree…

Another “home” tree was dedicated to Rotary Club of Bendigo, Australia.