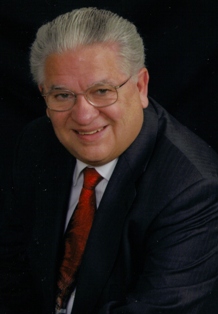 Less than a month from now, what we call “Rotary” will be 102 years young. In many parts of the world, an organization of such youth might not be taken seriously. Even in conservative Wallingford, Vermont, USA, where Paul Harris was raised by his grand parents, Rotary is considered one of the upstarts. (RC of Wallingford 1928)

Rotary is young and finding its way in this second century of service. There was a surge of greatness that brought the attention of the whole world in the third and fourth decade of the last century. World leaders often paid their respects to Rotary. It seemed that Rotary’s future was unlimited, that world peace and understanding was achievable by a group with vision.

It was the vision of one man, Chicago attorney Paul P. Harris, which brought this to be.

“Little which is worthwhile comes without effort. It could not be appreciated if it were so to come. Rotary was not the result of a stroke of genius; in fact, there is little if anything, even original about it. There is wisdom in the expression, ‘There is nothing new under the sun.'” (Page 73 “This Rotarian Age.”

The birth of Rotary began much earlier, in 1871 when Paul Harris’ father, George Harris, beset with financial problems, took Paul and older brother Cecil to live with George’s parents Howard and Pamela Harris. There would never have been an organization called “Rotary” without Paul’s grandparents. However some credit must be given to “Dreamer and Inventor” George Harris. Though Paul’s father lived mostly off the largess of his grandfather, he attempted many enterprises, and imaginative inventions. Paul’s parents both ended their lives in Denver, Colorado, USA.

It is an interesting side note that Paul’s criticism of his parents, who abandoned him not once, but twice, is scant.

Page 8 “The Founder of Rotary” “Of all charges which might have been made against George and Cornelia, parsimony would have stood the least chance. They were both royal spenders. The idea of a family budget would have met with prompt and emphatic disfavor. The most approved plan was to spend the money and earn it â€if possible, thereafter. The system was enjoyable while it lasted and it was made to endure far longer than it otherwise would have done, through the simple expedient of a long series of checks which were endorsed by George, but signed by his thrifty and indulgent father, Howard Harris, of Wallingford, Vermont. The officers of The Manufacturers’ National Bank of Racine, early learned to admire the signature of the silent partner.”

So, perhaps young Paul had some inherited some of his father’s less than productive dreaming? After graduation from college, with a degree in law, young Paul, at 23, set off almost on foot to see the world, work in lowly positions and gain extraordinary experience for five years. Did he set out to prove himself? By now both of his grand parents were gone. Did he want to know that he was his own man? To understand this, and the eventual success of Paul’s “child Â Rotary, I cannot do better than recommend in the strongest terms that you, as a Rotarian, read the words of Paul Harris for yourself.

It may take a month of your life to read all of Harris’ work, but I assure you it will be worth it and will give you a lasting gift of understanding Rotary.

While Paul Harris was the child of dreamer George Harris and his spend thrift mother Cornelia, Paul was the grand child of George and Pamela Harris. His grandparents were too old to prevent him from living a normal, often disruptive childhood. They were too wise to allow him to grow up without empathy for his fellows. Mostly self taught, Howard Harris, by example and teaching forged a humanitarian of his young grandson.

In 1896 Harris moved to Chicago to build a life, as apposed to “making money Â for him. He hung out a shingle and soon became fast friends with an early client Silvester Schiele and then printer Harry Ruggles. Much has been made of Harris’ loneliness, particularly in articles during Rotary’s centennial. The facts speak volumes against this position. First consider spending 5 years literally had to mouth traveling around the US and over seas. This is not something a “lonely man Â would be able to endure. Did he miss the closeness of his Vermont home? Was he lonely in Chicago? Did, as the Chicago obituary reported, that Rotary was born of loneliness? Again, I would suggest that you read Paul’s books. The writers of the obituary and many other Rotary articles may or may not have read Harris. If they had, it is my firm opinion that they would not have found a lonely man, but one who desired friendships.

Paul Harris needed friendships and the help of others. Show me a person who needs no one and can “do it all Â and I’ll show you a life wasted with nothing but their own foot prints remaining. Engaging others is the true mark of leadership.

My insights on this subject come from my life experiences and from the writing of Harris and also those writers whom he read www.historyphilosophy.org is a website dedicated to the writers Harris and others read. We can gain much knowledge through study and examination.

So Harris began to build a successful practice of the law, then one night, in 1900 he had dinner with a colleague. After dinner, walking through this man’s neighborhood he was struck by the number of people who recognized his friend and shouted out greetings. At that moment, Rotary was born!

While I earnest desire that you find your own “Road to Rotary Â through the writings of Rotary’s founder, I will include his own words here from “The Founder of Rotary

The Conception of Rotary

On an occasion during the summer of 1900, Paul was invited to dine with a lawyer friend, who lived in Rogers Park, and after dinner he and his friend took a walk, during the course of which they called on several neighborhood stores and shops of various kinds and at each visit his friend introduced him to the proprietor. Paul was deeply impressed with the events of the evening walk. His host had evidently found a good many friends among the business men in his neighborhood.

Paul’s clients were business friends but they were not social friends, and he wondered if there were any reason why he could not make social friends of his business friends, at least of some of them. He conceived of a group of business men banded together socially; then he thought that there would be an especial advantage in each member having exclusive representation of his particular trade or profession. The members would be mutually helpful.

He resolved to organize such a club. Who should be asked to join? Of one thing he was certain â€they must be friendly men. He thought of his client, Silvester Schiele, the coal man, and Gustavus Loehr, mining engineer, and then he thought of Harry Ruggles, a printer who had been supplying the needs of his office. All these were approachable, friendly men. Then he thought of others who did not seem to pass the test.

He talked matters over with Schiele and also with Gus. In 1938, 9 years before Paul Harris died; Schiele wrote an article in The Rotarian about his early conversations regarding Paul’s ideas] He liked them both and thought they would like each other, and on the first convenient occasion he introduced them. They did like each other. There was much in the past lives of the two men to justify the belief that they would understand each other and enjoy each other’s companionship. Both had come to Chicago from small communities, Silvester from Clay City, Indiana, and Gus from Carlinville, Illinois. Both were of German parentage and each had worked his way unaided to the establishment of a profitable business in a great city.

On the night of February 23, 1905, the first meeting took place at Gus’ office in the Unity Building. Silvester and Paul had dined together at an Italian restaurant on Chicago’s near north side. Gus, by prearrangement, had invited a personal friend, Hiram Shorey, a merchant tailor, a native of the village of Litchfield, in the State of Maine, to whom he had previously introduced Paul. The meeting was enlivened by the relation of personal experiences, after which Paul unfolded the general purposes of his plan.

The significant occurrence of the second meeting was the introduction of Harry Ruggles, the printer. Harry was destined to play an important part in the life of the Chicago club, for through his suggestion of club singing his influence has been made felt by the entire movement.

And that, fellow Rotarians, is how “Rotary was born.