Historians who created this project 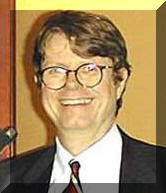 1. Foster the creation of web pages and encourage their use.
2. Encourage Rotarians to explore Rotary’s past, as a tool to better understand its present and its future;
3. Provide valid Rotary information to Rotarians and the community at large.

When Torsten Ingemanson, President of the Rotary Club of Huddinge 1959-60 in Sweden, wanted to take a bath during the winter, he simply cut a hole in the ice and jumped in. One could say that he was one cool Rotarian Polar Bear. (Father of RGHF Founding Member Matts Ingemanson)