Historians who continue this project 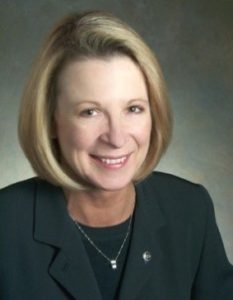 TREASURER 2003-2013, RGHF AMBASSADOR, PDG Geri Appel: Marketing, PP Wichita 30, KS, USA, 2000-2001, Governor D5690 2002-2003, Founding Advisor, and a vice president of the executive committee, Rotary Global History. Joined the project in October of 2000. She served as Vice President and assistant secretary treasurer for the fellowship. She continues to be the treasurer of Rotary Global History Elected to www.1905society.org in 2007. Service Above Self, 2012.

Geri re-joined the original project in January of 2006.

Geri was one of the five original founding members of the history project now known as RGHF.

“The Mission of Rotary Global History web site is to recognize and document the histories and current events of the pioneer clubs in what has become the world’s oldest and largest service organization. ‘Rotary’s rendezvous with destiny’ depended on the success of these first 100 clubs. Without them leading the way and spreading Rotary’s vision and message, Rotary would not be what it is today. These ‘mother clubs’ of all the other Rotary clubs in the world have much to share with existing and new clubs around the world. Come on in and visit us!”

Geri A. Appel is co-owner with her husband, Rotarian Ken Lerman, of North American Marketing, a business seminar and speaking company which promotes and conducts business-related programs nationwide. She also works with Ken in his consulting business. Geri and Ken have been in business together since 1988.

Prior to that, she was a Vice President with BANK IV Wichita, the state’s largest bank holding company at the time. Starting in 1981 with BANK IV as a Special Projects Officer, she was promoted to various credit officer positions in the Kansas BankCard Center, eventually heading up the department of over 125 employees.

She is the founding President of the International Credit Association of South Central Kansas, is a former board member of the Wichita Independent Business Association, the American Institute of Banking and the Wichita Habitat for Humanity Board.

Geri is a member and past president of the Rotary Club of Wichita (Downtown), Kansas where she has been a member since December, 1990. She is the Club Rotary Foundation Chair and the New Member Orientation Committee Chair. She also reads for Wichita Rotary’s Reading is Fundamental Program, hosts and assists with Group Study Exchange Teams, and works closely with the Club’s Interact Club at Wichita East High School as well as the club’s Haiti Project. She is a Paul Harris Fellow, a Paul Harris Society Member, a benefactor and a member of the Bequest Society of The Rotary Foundation.

Geri served as District Governor for District 5690 for 2002-2003, overseeing the activities of the 30 clubs in Kansas and the Oklahoma panhandle. She has served the District in many committee positions over the years, and she has attended numerous Rotary International Conventions (San Antonio, Buenos Aires, Singapore, Indianapolis, Barcelona, Brisbane, Chicago, Salt Lake City and Los Angeles with plans to attend Birmingham, England). She was District 5690’s representative to the 2007 Council on Legislation and has been elected to that position again in 2010. She has served as the Official Representative of the President of RI the past 3 years. Currently, Geri is District 5690 Rotary Foundation Chair and she is also a Rotary Foundation Annual Programs Fund Strategic Advisor in Zone 25 (2006-2010). She is a recipient of both her club and District 5690’s Service Above Self Award

Geri was born and raised in Leoti, Kansas where her parents still live, and she is the oldest of 7 children. She enjoys reading, weightlifting and, together with her husband, Ken Lerman, traveling the United States by car (and internationally via plane, of course). Ken Lerman has been a Rotarian in her Wichita club for 21 years and is also a Paul Harris Fellow, a Sustaining Member, a benefactor and member of the Bequest Society of The Rotary Foundation as well as being a 33° Mason.