The Walkway at Cemetery 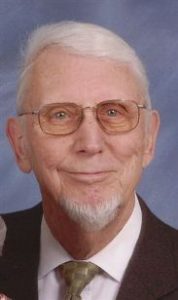 PDG Norman F. Kloker was President of Rotary Club One (ROTARY/One) 1985-86, Governor of Rotary District 6450 1989-90, Chairman of RI’s 75th Anniversary Convention Landmark Committee, and was Co-Founder of the Paul Harris 711 Club of which he is Past President and Life Director.

Preceding and relevant to the organization of the Rotary Heritage and History International Fellowship, there were two committees, both dedicated to the conservation and preservation of a historical site, the place where Rotary was born on February 23, 1905. The first committee to be organized was the Landmark Committee and later The Paul Harris 711 Club.
The Landmark Committee was a subcommittee of the Chicago Host Clubs Committee for the 75th Anniversary Rotary Convention. It was organized to function before the Convention under the direction of Norman F. Kloker and these additional ROTARY/One members: Virgil Peterson, John Nordberg, Norman A. Parker, Les Christensen, Mitchell P. Davis, Jack O. Hedrick, Wilson Connell, John Sohl, William B. Weiss, Arthur R. Rodstrom, Inar C. Hillman, and Horace C. Moses, Jr.

The mission of the Landmark Committee was to offer Rotarians and their families, from all over the world, the opportunity to visit the birthplace of Rotary when they came to Chicago to attend the Rotary International Convention in 1980.

The responsibility of the Landmark Committee was to research the likely 1905 appearance of Room 711 in the Unity Building located at 127 North Dearborn Street in Chicago, Illinois USA and to reconstruct interior walls, woodwork, ceiling and furnish it as if it was again the 1905 office of Gustavus E. Loehr. Room 711 was the place where Paul P. Harris, a lawyer, first presented his idea of a businessmen’s club to three friends: Mining Engineer Gustavus E. Loehr, Coal Dealer Silvester Schiele, and Tailor Hiram Shorey. The idea that became known as Rotary.

Room 711 was leased effective January 1, 1980 with restoration to be completed by February 23, 1980, the anniversary day of the founding of Rotary. Attending the opening of the completely reconstructed room was: Ruby Carnahan, widow of 1906 ROTARY/One member and star of an audiovisual presentation about the heritage and history of Rotary. Rotarians from Des Moines, Iowa area (the University of Iowa Law School is Paul Harris’ alma mater), from the Racine, Wisconsin area (birthplace of Paul Harris), from the greater Chicago area including Evanston, Illinois, site of the Rotary International Headquarters. Personnel from R.I. Included: Past General Secretary Harry A. Stewart , then current General Secretary Herbert A. Pigman, and many District Governors. R. I. President Jim Bomar and many incumbent Directors were unable to be present February 23 but visited the site prior to the dedication. At a luncheon following the dedication, Ruby Carnahan spoke warmly of the early days of Rotary and in a personal audiovisual presentation. This multi-projector slide presentation was also projected daily, on a large screen, at the McCormick Place Convention Hall. During the convention this attracted nearly 5000 Rotarians and guests to visit Room 711.

The mission of the Paul Harris 711 Club (Foundation) was to obtain the funds necessary to rent and maintain Room 711, the place where Rotary was born, and later to move Room 711.

After several years of receiving funds and greeting Rotarians from around the world the Paul Harris 711 Club was facing the fact that the city of Chicago was about to demolish the Unity Building.

Locating a place to rebuild Room 711 was unsuccessful. Before demolition began the 711 Club arranged to remove all of the marble entrance, glass, woodwork, and some of the furniture and put it in storage. Gus Loehr’s desk, a file and some of the pictures from the walls were moved into the office of the Rotary Club of Chicago—New Chicago, located in the Midland Building, near the building being demolished and near the club’s meeting place.

After their meeting and whenever called upon, New Chicago Club members escorted visiting Rotarians to their club office to see the Mining Engineer’s desk. After considerable time spent searching for an appropriate space to rebuild Room 711 and move the furniture, the Board of Directors of Rotary International agreed to furnish space for the 711 Club to reconstruct Room 711 at One Rotary Center.

The room originally preserved and remodeled by the Landmark Committee, later maintained and reconstructed by the 711 Club, was then made available to more Rotarians than ever before. RI President Bill Huntley cut the ribbon at rededication ceremonies 29 October 1994. Paul Harris 711 Club Past President Norm Kloker presented Huntley with a replica of the original key to Room 711.

President Huntley told the group, “There can never be another occasion such as this in Rotary Global History, to rededicate this room. We can applaud the vision of the members of the 711 Club who had this idea of preservation. It is with great pleasure that I, as President of Rotary International and on behalf of all Rotarians, accept the care and maintenance responsibility from the 711 Club — and I have the key to open it for you all.”

Throughout the 1997-98 Rotary year, directors of the Paul Harris 711 Club and directors of the Memorial Committee, another Chicago-based preservation organization, discussed the creation of an organization that would recognize all Rotary historical sites throughout the world. They decided that it would be effective if it were a Fellowship of Rotarians dedicated to the conservation, preservation and sharing of Rotary heritage and history.

The mission of Heritage and History International Fellowship is to enjoy fellowship with Rotarians who are dedicated to the conservation, preservation and sharing of Rotary heritage and history.

The first issue of the fellowship’s publication Share Rotary Heritage and History was issued May 1989. RHHIF has published at least one issue per year since that time. Most issues were edited and published by RHHIF Director Stanley T. Tulak. Having served as Editor for his Rotary Club of Madison Heights, Michigan, Stan was an experienced editor and publisher. A Rotarian since 1957, he had 40 years perfect attendance. He served as president of his club and governor of his district. Stan received a Doctor of Dental Surgery degree in 1957 and practiced dentistry in Madison Heights until 1964 when he moved his practice to nearby Warren, Michigan where he practiced until his retirement in 1994.

The RHHIF Hall of Fame was established to recognize RHHIF members who have served Rotary for 50 years or more. By December 1997, over 150 Rotarians had been recognized. In July 1998 RHHIF member Mike Gallagher turned 98 years of age and had spent 74 years as a Rotarian. A past governor of D-5390 and past president of the Billings Montana Rotary Club, Mike was believed to hold the Rotary longevity record for longest continuous membership. A Paul Harris Fellow, Mike had been a Charter Member of Detroit Lakes, Minnesota, in 1922.

In 1992 RHHIF created eight 40” x 50” displays for use in convention exhibits. These displays included photographs and information concerning: the Racine Wisconsin birthplace of Paul Harris and his early life in Waterford, Vermont including the little red school house he attended, the Chicago house he and his wife Jean called “Comely Bank,” the history of Room 711, the history of the Rotary Foundation and its founder, 1916 International President Arch Klumpf, Rotary-on-Postage-Stamps, and the official framed register of RHHIF’s Hall of Fame. This display was first exhibited at the 1992 RI Convention in Orlando, Florida, USA.

Also read “The Harry Ruggles I Knew” by Norm Kloker”
In 2014 Room 711 was moved to the first floor of One Rotary Center, in Evanston, IL. USA.